March 13, 2020
Board of Supervisors
Port of the Islands
Community Improvement District

The regular meeting of the Port of The Islands Community Improvement District Board of Supervisors will be held on March 20, 2020 at 9 AM at the Orchid Cove Clubhouse on 25005 Peacock Lane in Naples, FL 34114. The Agenda is included in Section 2 and a few points of interest are as follows:

Any supporting documents not enclosed can be distributed upon request. The next meeting is scheduled for April 17, 2020. If there are any questions or requests prior to the meeting, feel free to contact me.

The meeting of the Port of the Islands Community Improvement District was held on Friday, February 21, 2020 at 9 a.m. at the Orchid Cove Community Center on 25005 Peacock Lane in Naples, Florida 34114.

FIRST ORDER OF BUSINESS Call to Order and Roll Call

The meeting was called to order and the District Manager called roll. All Board members were present, except Supervisor Dillon. Also present were Attorney Daniel Cox, Engineer Erik Mead from Hole Montes, Robert Soto from Soto’s Lawn Service and Mitch Gilbert from Florida Utility Solutions.

SECOND ORDER OF BUSINESS Approval of the Agenda

The Agenda was approved as presented with a fire department presentation during audience comments.

On MOTION by Chair Davis, seconded by Supervisor Kehlmeier, with all in favor, the Agenda was approved as presented.

Fire Chief Kingman Schuldt made a presentation to the Board. The Ochopee Fire Control District which includes POI will become a part of the Greater Naples Fire District. The millage will be reduced from 4.5 to 4.0 and be included in a 10 year plan in a bill to the State Legislature to annex the District into the Naples Fire District. If successful, the rate would be further reduced to 3.75 with a goal to reduce it to the 1.5 that the rest of the Naples area is paying.

On MOTION by Supervisor O’Connell, seconded by Chair Davis, with all in favor, the Meeting Minutes for January 17, 2020 are approved as presented.

A. Report for January

Four of the five projects submitted have been obligated by FEMA. The District Manager will submit an invoice for administrative costs.

The Budget is being developed with no specific needs identified except for remote read water meters. A proposal was presented for a total change-out. This will be considered during the budget development.

On MOTION by Supervisor Kehlmeier, seconded by Chair Davis, with all in favor, the contract will be amended to reduce mosquito services by $11,500 in addition to internal adjustments by transferring $600 from Field Services to Administration for IT expenses. In addition, $5,000 were redirected from Field Services to Utility Billing. The net result will be an $11,500 reduction.

The Financial Report for January 2020 was approved as submitted.

On MOTION by Supervisor O’Connell, seconded by Chair Davis, with all in favor, to approve the Financial Report as submitted.

A. Field Report for February

There were no requests made this month.

B. Other Follow-Up Items

The Homeowner at 120 Wilderness Cay informed the Field Manager that the concrete repairs completed in front of their home is now causing water to pool in front of the driveway and has asked for it to be repaired. Tincher Concrete was asked to review the issue and submitted a proposal to repair 30 feet of gutter in front of the home for a cost of $2,250. Staff feels the contractor should repair the problem at his expense.

The renewal was submitted and the Engineer reported that it is still under review.

The contractor submitted a request for County permit and is awaiting a response. The Engineer will inspect to ensure all is done properly before they are allowed to connect to the District’s system.

The Attorney and District Manager updated the Board that a meeting has been request by the County in March and is being arranged. Also, the District Manager reported that he has met with two potential developers who have an interest in this property and are still discussing options.

There has been no communication from their attorneys.

This is still being developed and will be sent to the Board for review before being executed.

EarthGuard, the lake maintenance firm, started monthly treatments last month. The Field Manager reported that the shoreline weeds, such as torpedo grass, have been heavily reduced. He also reported that the Littorals won’t be installed until closer to rainy season.

Two proposals were reviewed. The Board approved the proposal from Kish Pest Solutions for $125 per spraying event. Vice Chair Kish had to abstain as the firm is owned by his son.

On MOTION by Chair Davis, seconded by Supervisor O’Connell, with all in favor but one abstention by Vice Chair Kish, to approve Kish Pest Solutions provide mosquito spraying at $125 per spraying event.

Chair Davis commented on the controlled burn being conducted west and south of the Port.

Jerry Winters commented that he was with a volunteer group working with the Facahatchee Strand and offered to have their group make a presentation on the benefits of the County owned preserve area and suggested it may be best for next season when there are more people here.

On MOTION by Chair Davis, seconded by Supervisor Kehlmeier, with all in favor, the meeting was adjourned at 10:36 a.m.

WHEREAS the District is required by Florida Statutes, Chapters 189 and 282 to create and maintain a website for posting public information that is assessible to all persons, including persons who are disabled; and

WHEREAS Manager has the ability to create such website and manage it so as to be compliant with Florida Statutes, Chapters 189 and 282; and

WHEREAS the District needs such website meet ADA guidelines, and Manager can create and manage a new website that will utilize formatting compatible with screen-readers and other assistive technologies;

NOW THEREFORE, IT IS HEREBY UNDERSTOOD AND AGREED:

Except for the content belonging to the District, the websites as created by Manager and its contractors belong to Manager, and all such websites (including all copies thereof) are subject to copyright, trademark, patent, and other intellectual property laws of the United States and foreign countries. Manager grants the District an unrestricted license in the website for the duration of the Management Services Agreement. Cancellation or termination of your Agreement by either party or for any reason terminates your license to the website thereafter. You agree to prevent any unauthorized copying of the website. Unless otherwise specifically provided in this Agreement, no right or license under any copyright, trademark, patent, or other intellectual property right or license is granted by this Agreement.

The websites created by Manager and its contractors are built on and integrated with the hosting platform, and any attempt to migrate or otherwise transfer any such website to another hosting provider is a violation of this Agreement.

The District grants Manager an unrestricted license (i) to use District content for the purpose of including in your website, and (ii) to display screenshots of website in marketing materials.

IN WITNESS WHEREOF, Manager and the District have executed this Website Management Agreement on the Effective Date. 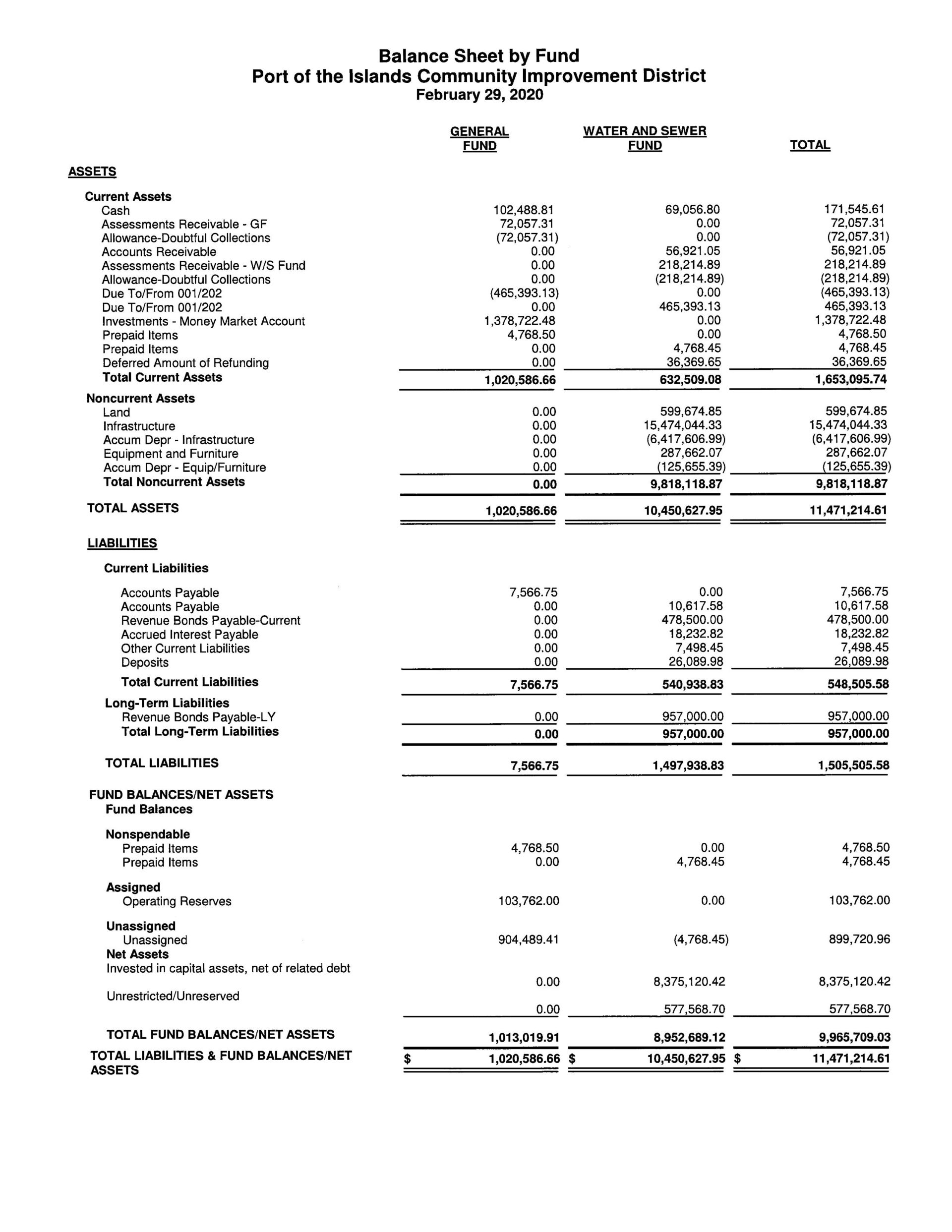 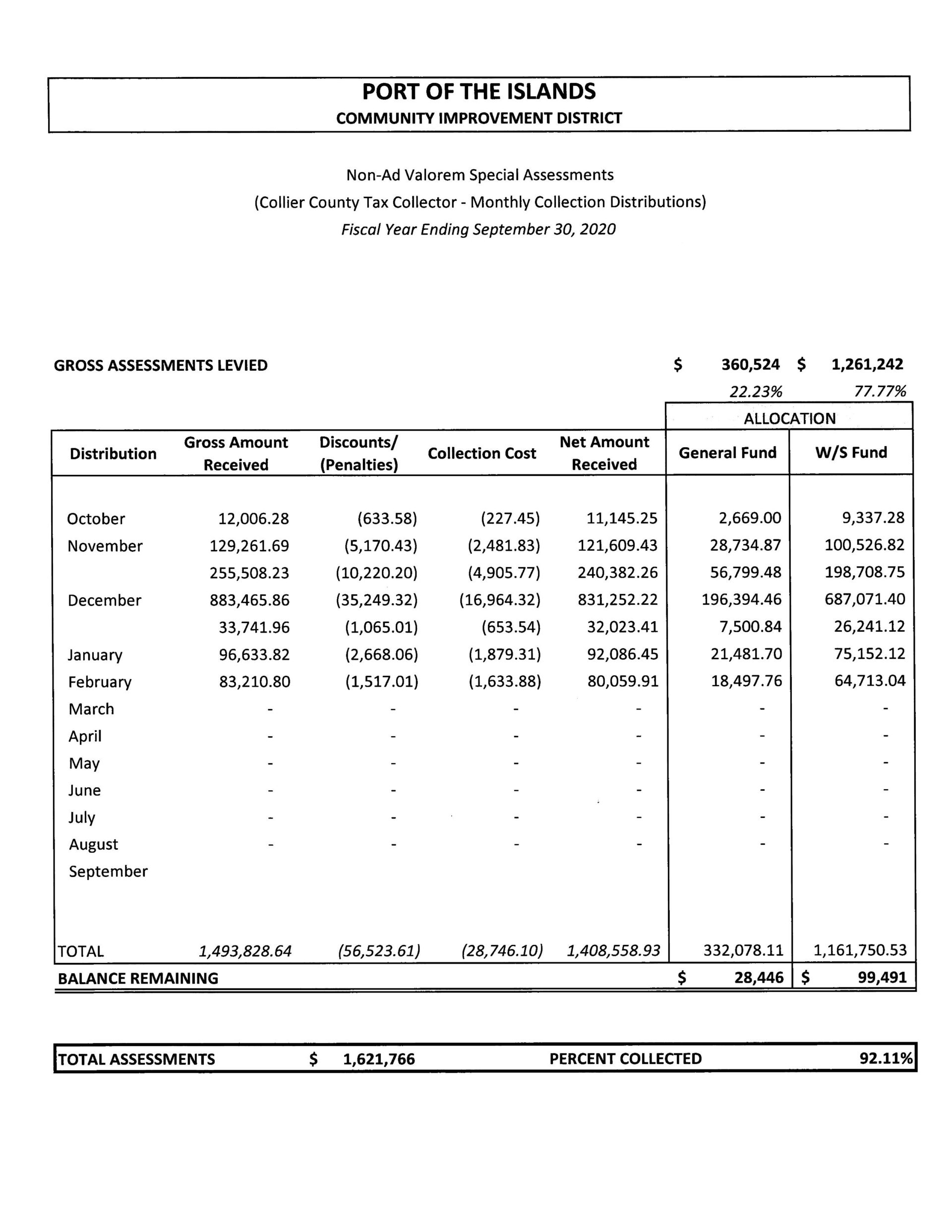 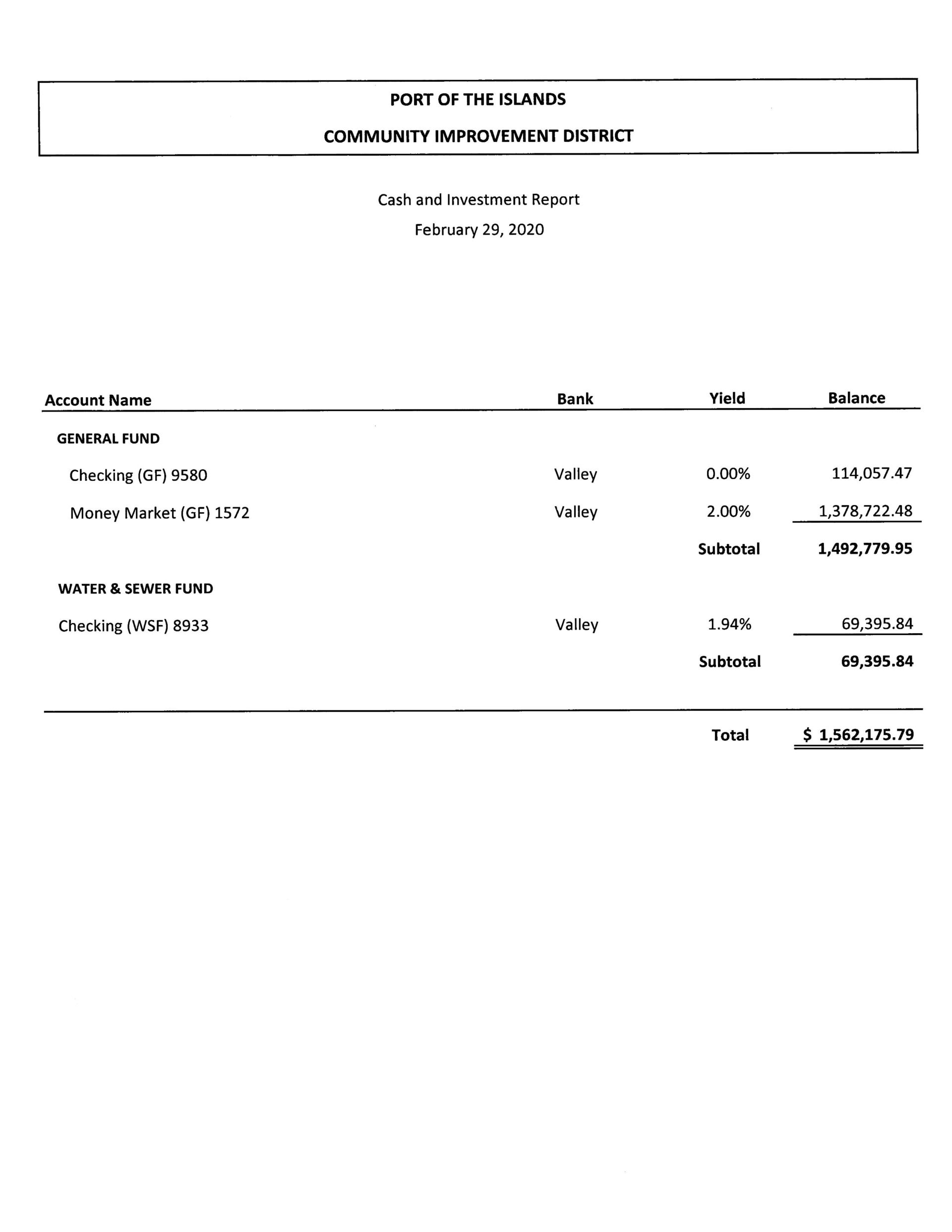 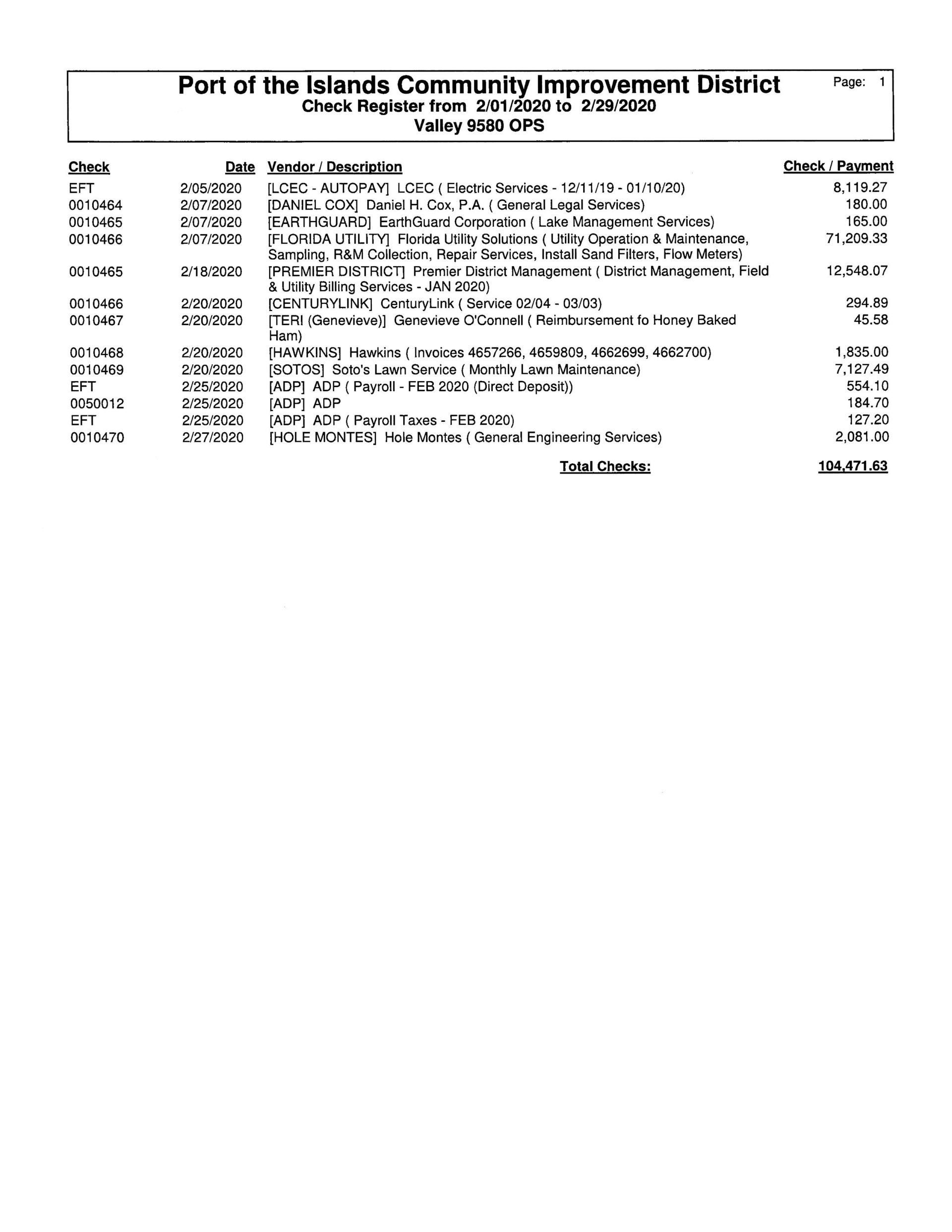 a. Lake Maintenance: The retention ponds remain in moderate condition this month. Shoreline grasses are dying off, water levels are average for this time of year, no submerged weeds present and no concerns with algae. Turbidity (cloudiness / murkiness) remains high throughout all the ponds. Additional pond management details are below.

h. Shoreline Landscaping: The cord grass on the north end of retention pond #2 has recently been pruned.

i. Lake Bank Erosion: No concerns observed this month.

a. Asphalt: No new concerns were observed this month.

b. Potholes: The potholes on Union Road east of the old hotel remain present.

f. Roadway Lighting: No new concerns were observed this month.

b. Water Control Structures (WCS): All structures are currently clear of debris.

f. Drainage Swales / Banks: This month we were asked to look at all the empty lots to identify any invasive species growing on them. Below is the list of exotic plants we observed.

g. Dry Detention Ponds: The detention ponds have dried out and Soto is now mowing these areas. We were also able to locate one of the inter-connect basin inlets on the south end of the water plant. The structure was covered with about an inch thick of old vegetation. We went ahead and cleared it off during this visit.

5. Front Entrance Monuments: The following issues were observed this month.

b. Side Monuments: Both monuments need to be pressure washed as they have cobwebs and green algae on them.

c. Landscape Lights: All timers were adjusted this month as each location was off by 30 to 45 minutes.

d. Flagpole: No concerns this month.

a. No new concerns observed this month.

b. Irrigation wires remain exposed in the Newport Drive median next to where Soto transplanted the agave plant. If the wires are active, they should be buried.

a. 1/20/20: Drainage Issue Update at 120 Wilderness Cay. We inspected the gutter again during this inspection and observed standing water in the existing gutter away from the replaced gutter which indicates to us that there’s a low spot within the existing gutter. We’ll be obtaining an estimate from another concrete company to replace approximately 30 feet of old gutter.

a. Fire Hydrants: No concerns observed this month.

b. Meter Boxes / Valves: A meter box at 333 Newport Drive is right on the edge of the road which might be contributing the asphalt cracking around it. This section of the road will eventually need to get repaired but before that occurs, the Board may want to have the meter moved further away from the road.

Below is a list of approved work orders for Soto that we’re monitoring. Completed tasks are removed from the list on the following month.

Completed tasks are removed from the list on the following month. 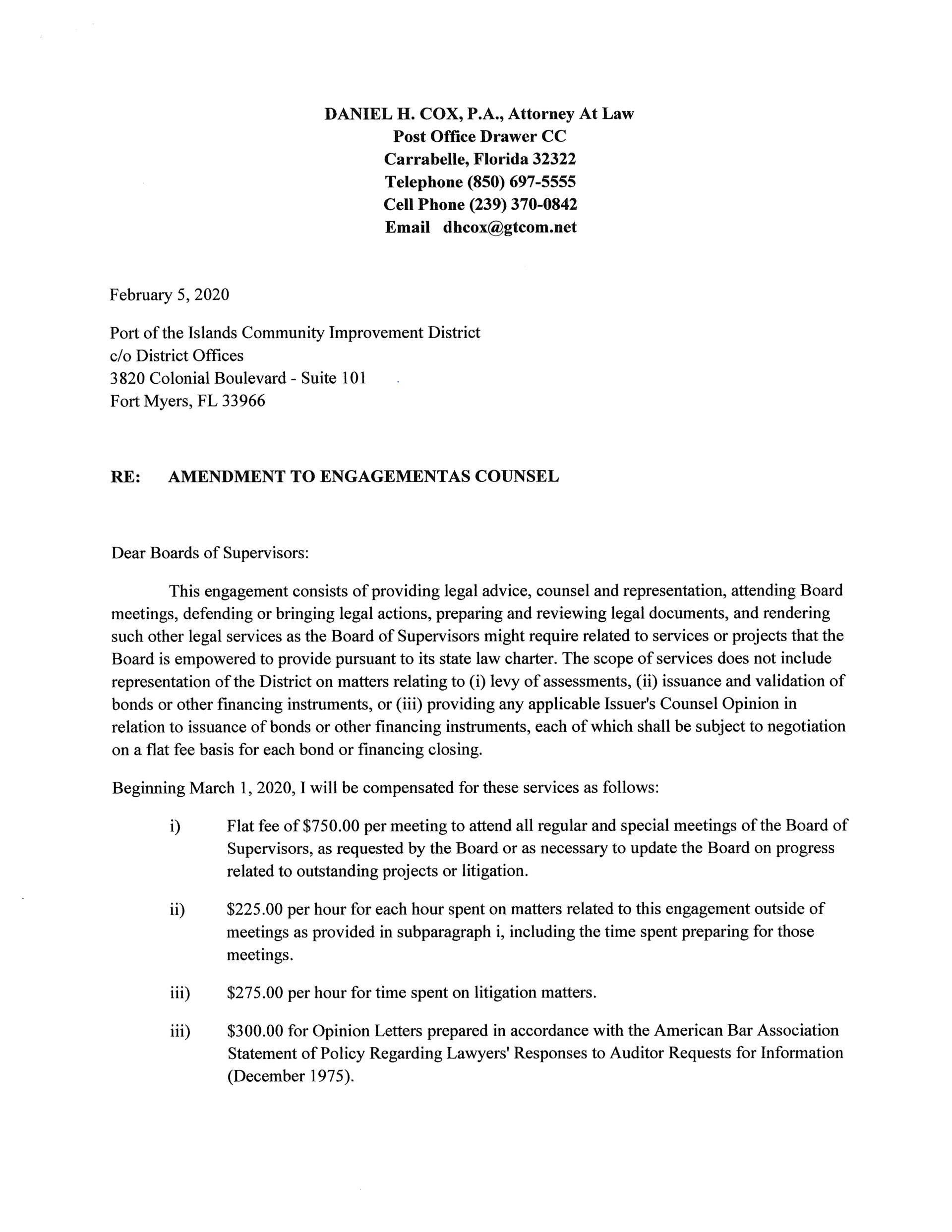 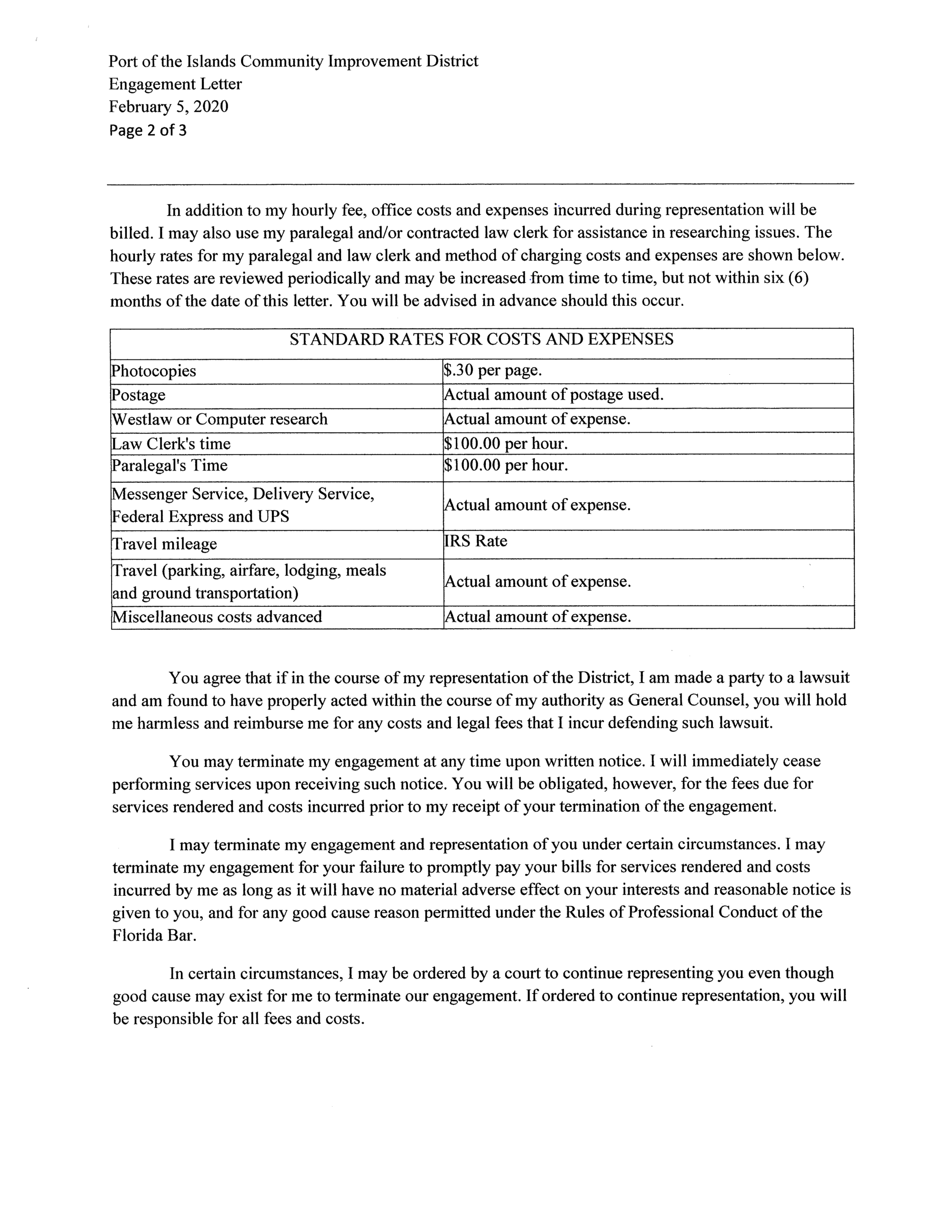 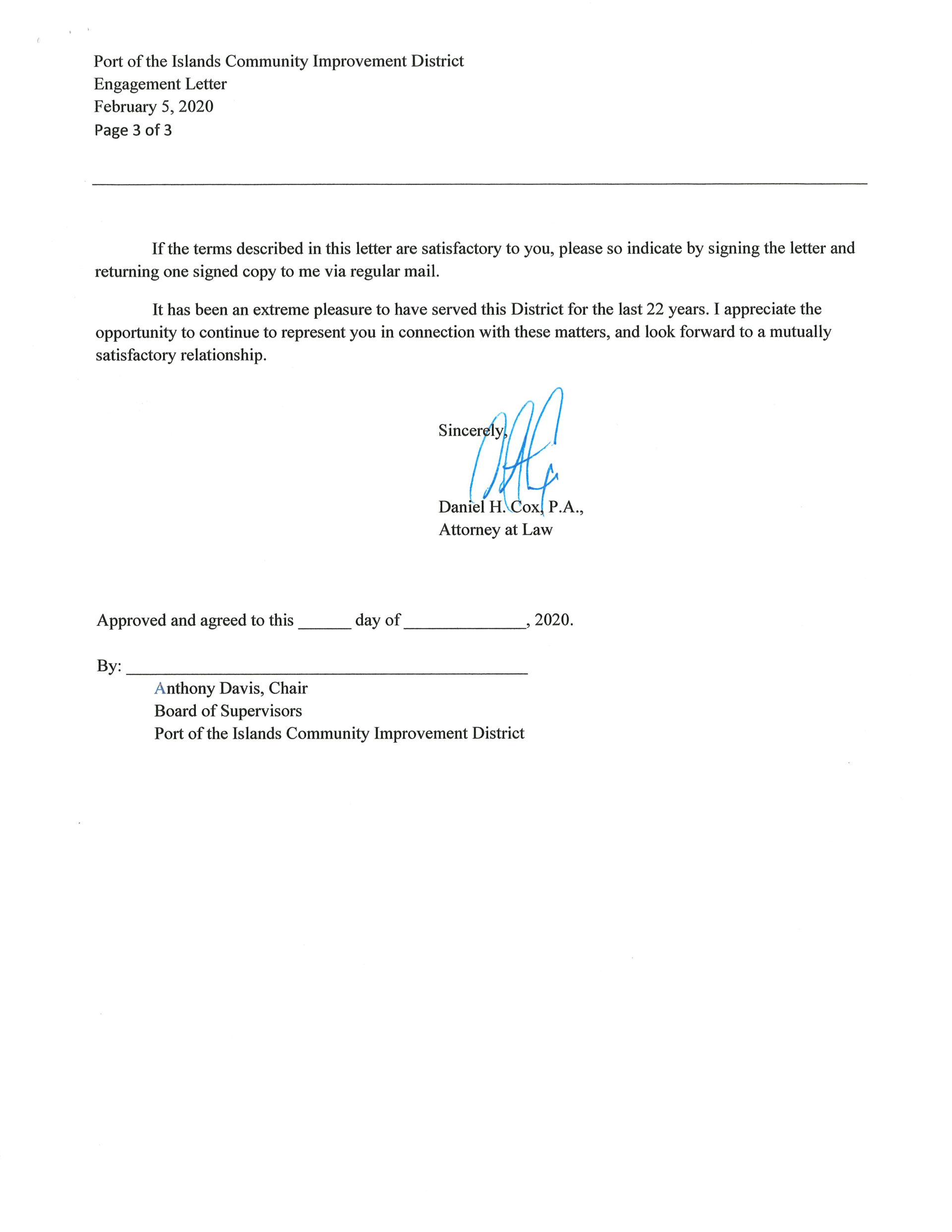