Board of Supervisors
Port of the Islands
Community Improvement District

The regular meeting of the Port of The Islands Community Improvement District Board of Supervisors will be held on December 20, 2019 at 9 AM at the Orchid Cove Clubhouse on 25005 Peacock Lane in Naples, FL 34114. The Agenda is included in Section 2 and a few points of interest are as follows:

Any supporting documents not enclosed will be distributed at the meeting. The next meeting is scheduled for January 17, 2020. If there are any questions or requests prior to the meeting, feel free to contact me.

The meeting of the Port of the Islands Community Improvement District was held on Friday November 15, 2019 at 9 a.m. at the Orchid Cove Community Center on 25005 Peacock Lane in Naples, Florida 34114.

On MOTION by Supervisor Kehlmeier, seconded by Chairman Davis, with all in favor, the Agenda was approved as presented.

The Meeting Minutes were presented and the Board asked for corrections as follows:

On MOTION by Supervisor Dillon, seconded by Chairman Davis, with all in favor, the Meeting Minutes for October 18, 2019 are accepted as amended.

A. Report for October

On MOTION by Supervisor Dillon, seconded by Chair Davis, with all in favor, the Board accepted the Financial Statements for October 31, 2019 as presented.

The District Manager updated the Board that the website should be ready before the next Board meeting.

A. Field Report for November

B. Options for Drainage Swale Maintenance

Mr. Benson stated that he will have something prepared for this topic by the next Board meeting. He also stated that his staff is currently creating a Sanitary Sewer Collection System Maintenance Manual.

It was reported that there is nothing new to discuss on this topic.

After brief discussion, the Board adopted Resolution 2020-01 approving the Statewide Mutual Aid Agreement.

On MOTION by Supervisor Dillon, Seconded by Supervisor Kehlmeier, with all in favor, the Board approved Resolution 2020-01 adopting the Statewide Mutual Aid Agreement.

The District Manager stated that the planting will begin January 1st. The contractor has been made fully aware that the Board would like to know when and what time they will be on site for this project.

It was reported that this project is complete.

It was reported that these repairs have been completed. However, it was discussed that several residents marked additional repair areas not approved by the Field Manager. One homeowner even destroyed an area in front of his home in hopes of having it repaired but was caught in the act by the contractor. As this homeowner has created a trip hazard, the area is to be repaired and the homeowner billed. The Board asked that a letter be sent by the Attorney to this homeowner.

On MOTION by Supervisor Dillon, seconded by Chairman Davis, with all in favor, the meeting was adjourned at 11:02 a.m. 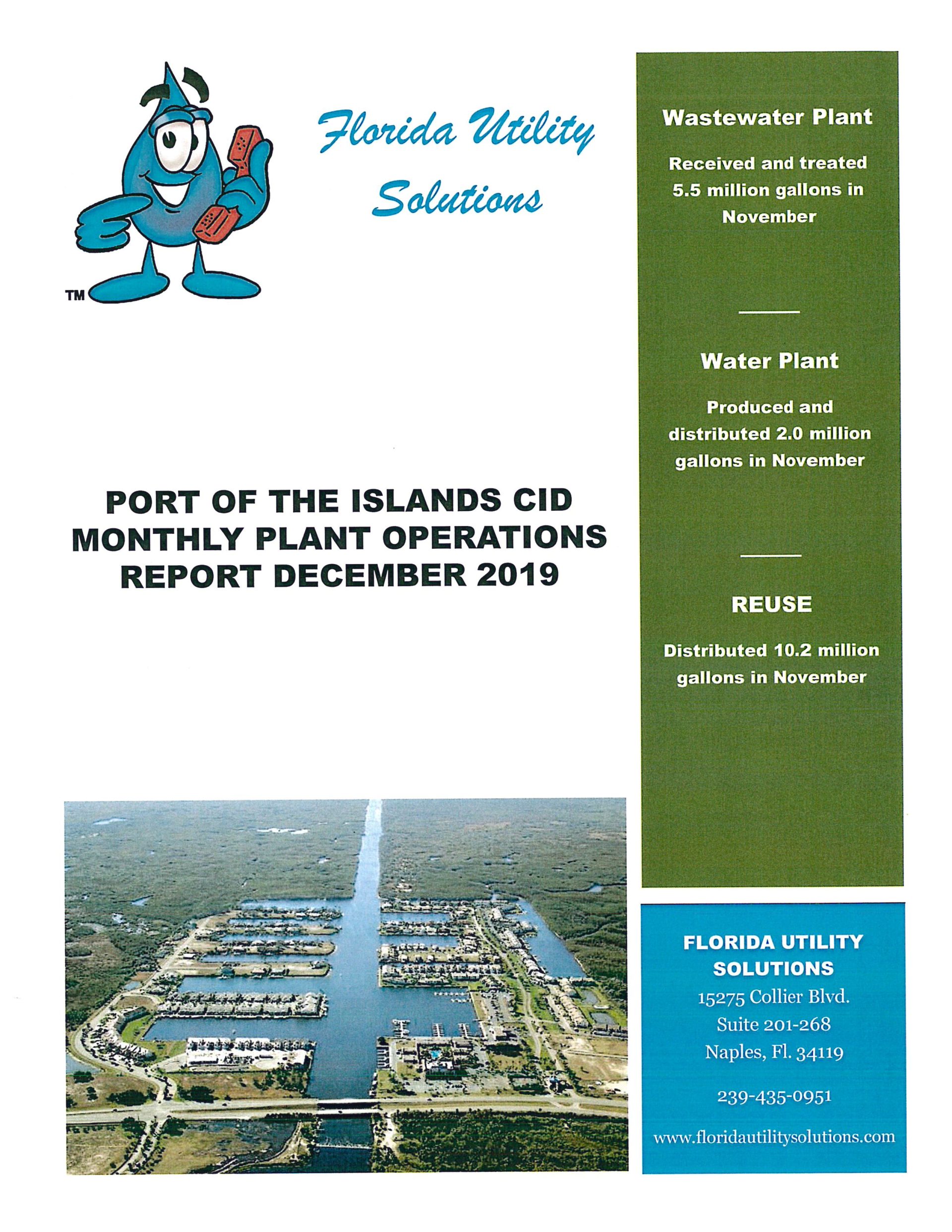 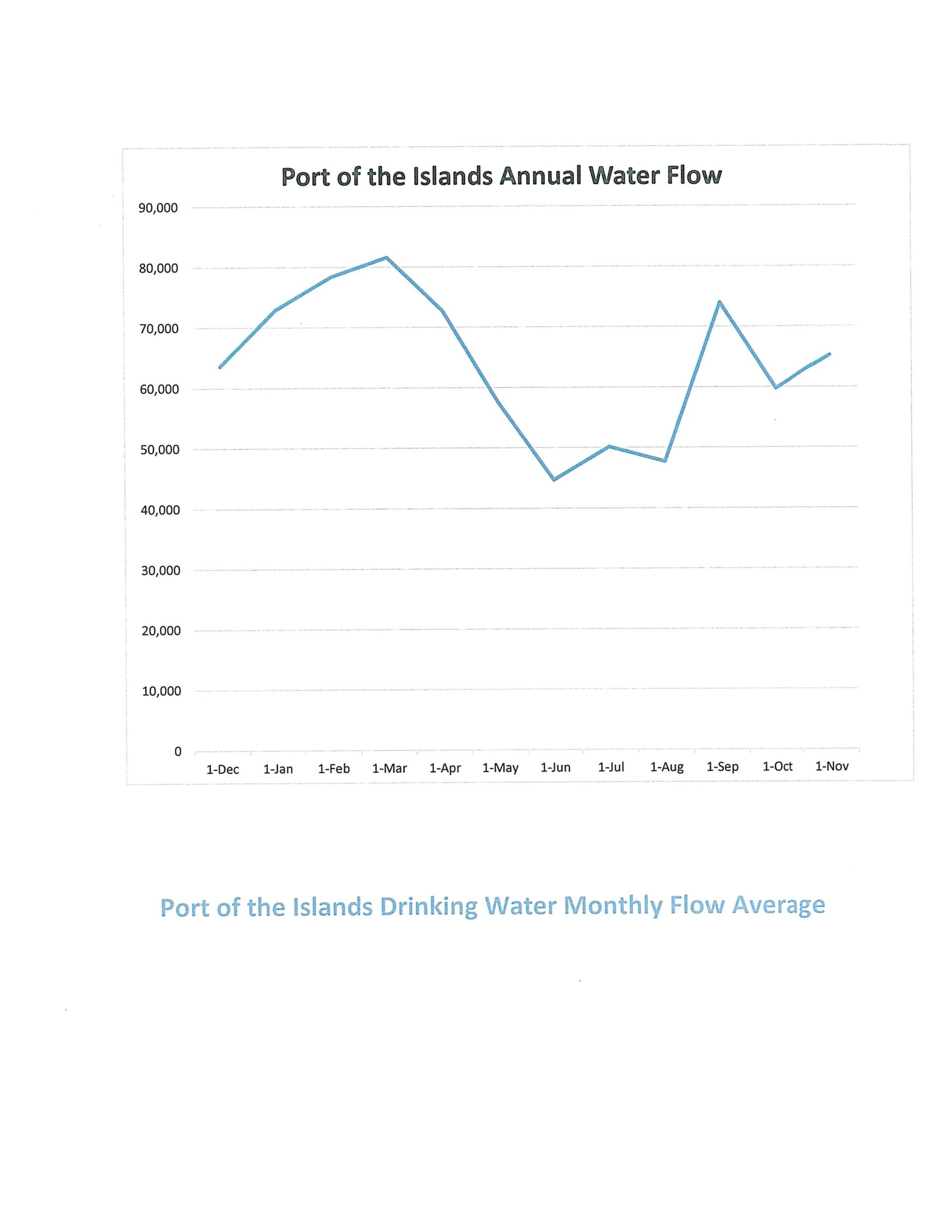 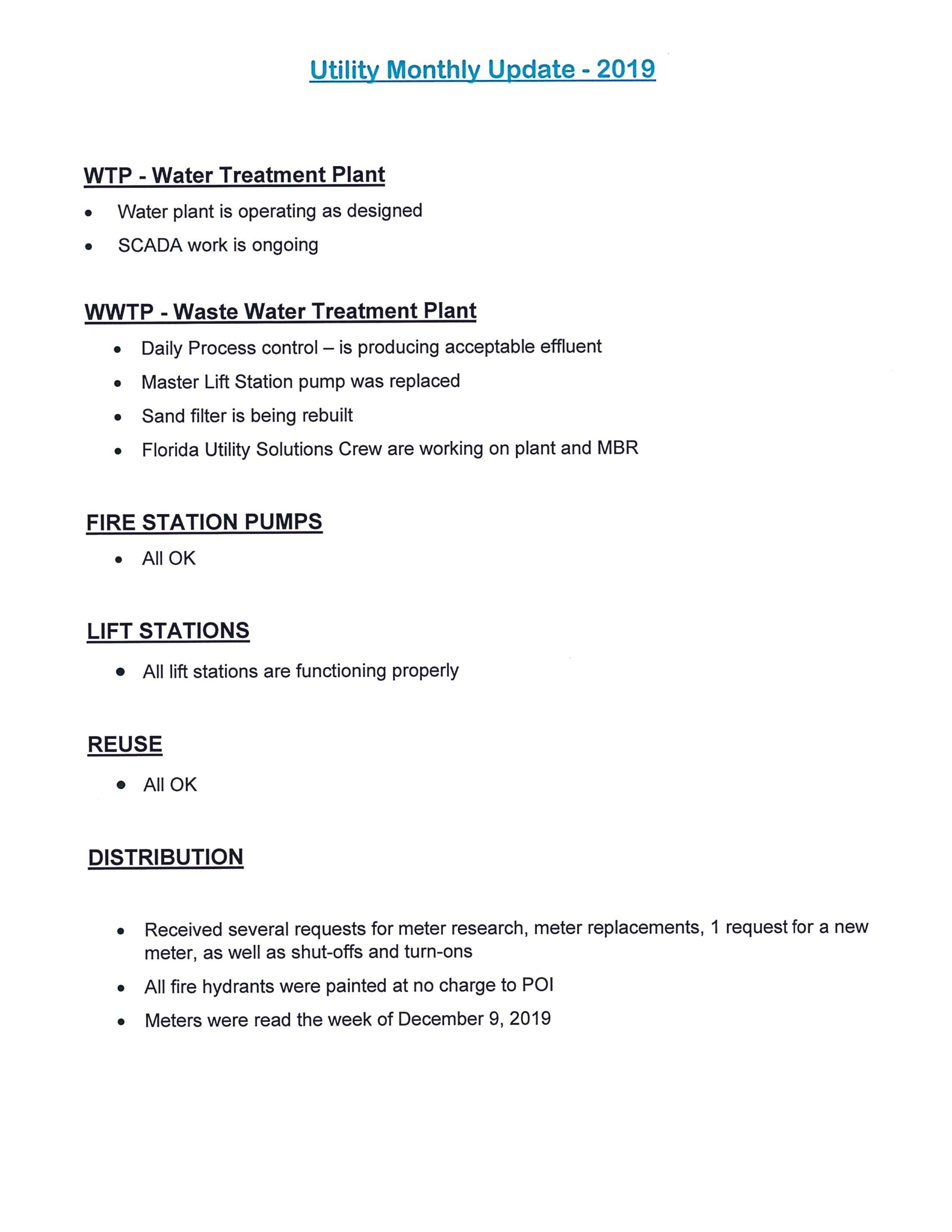 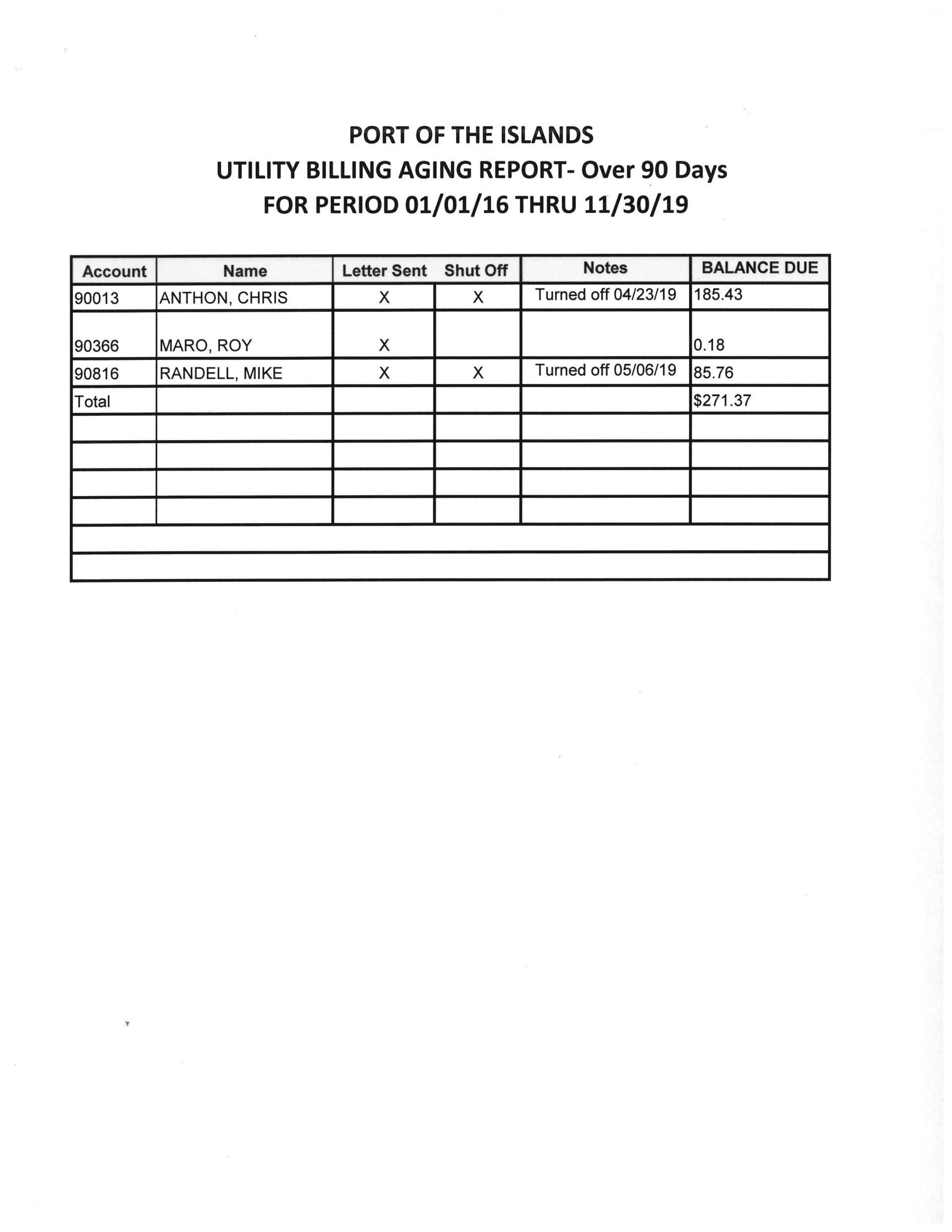 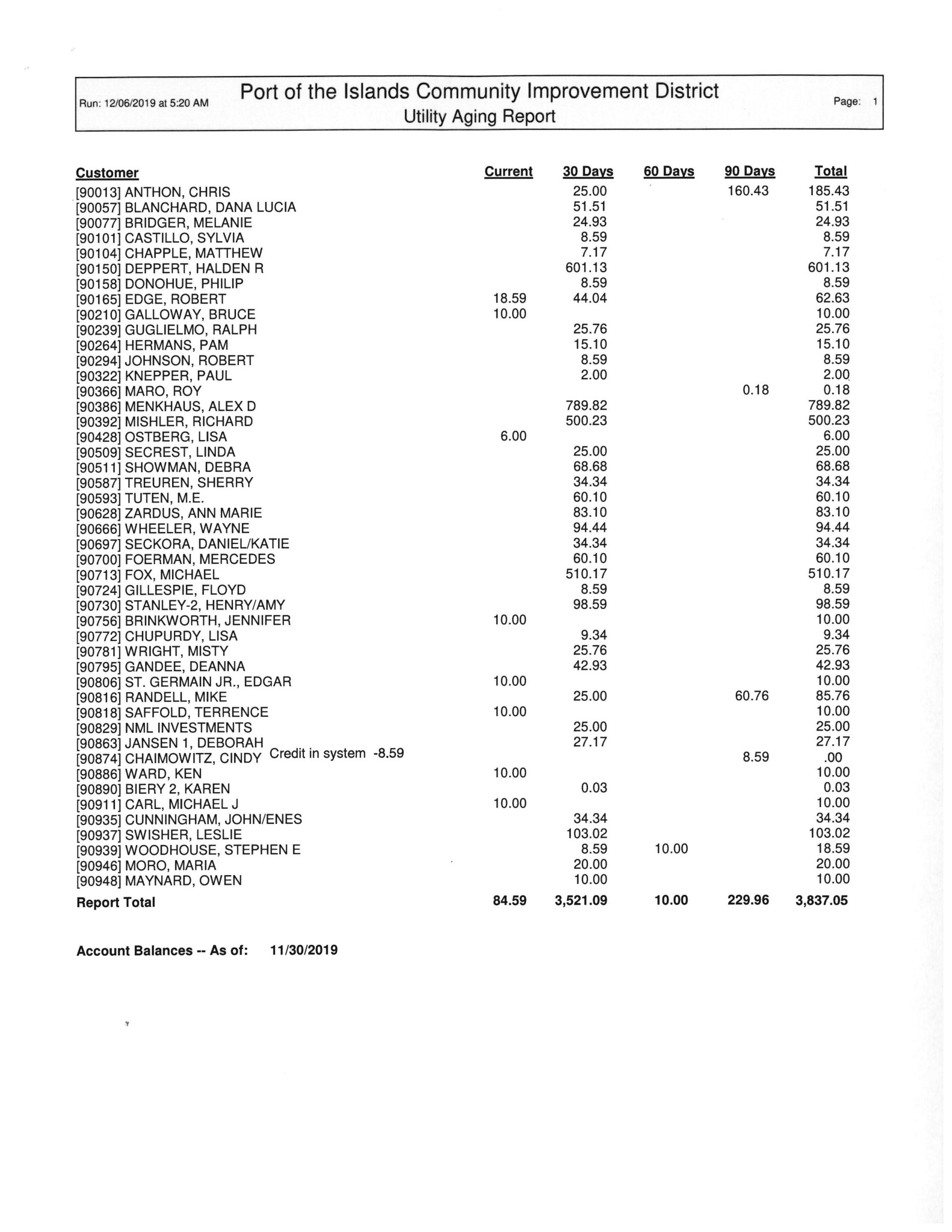 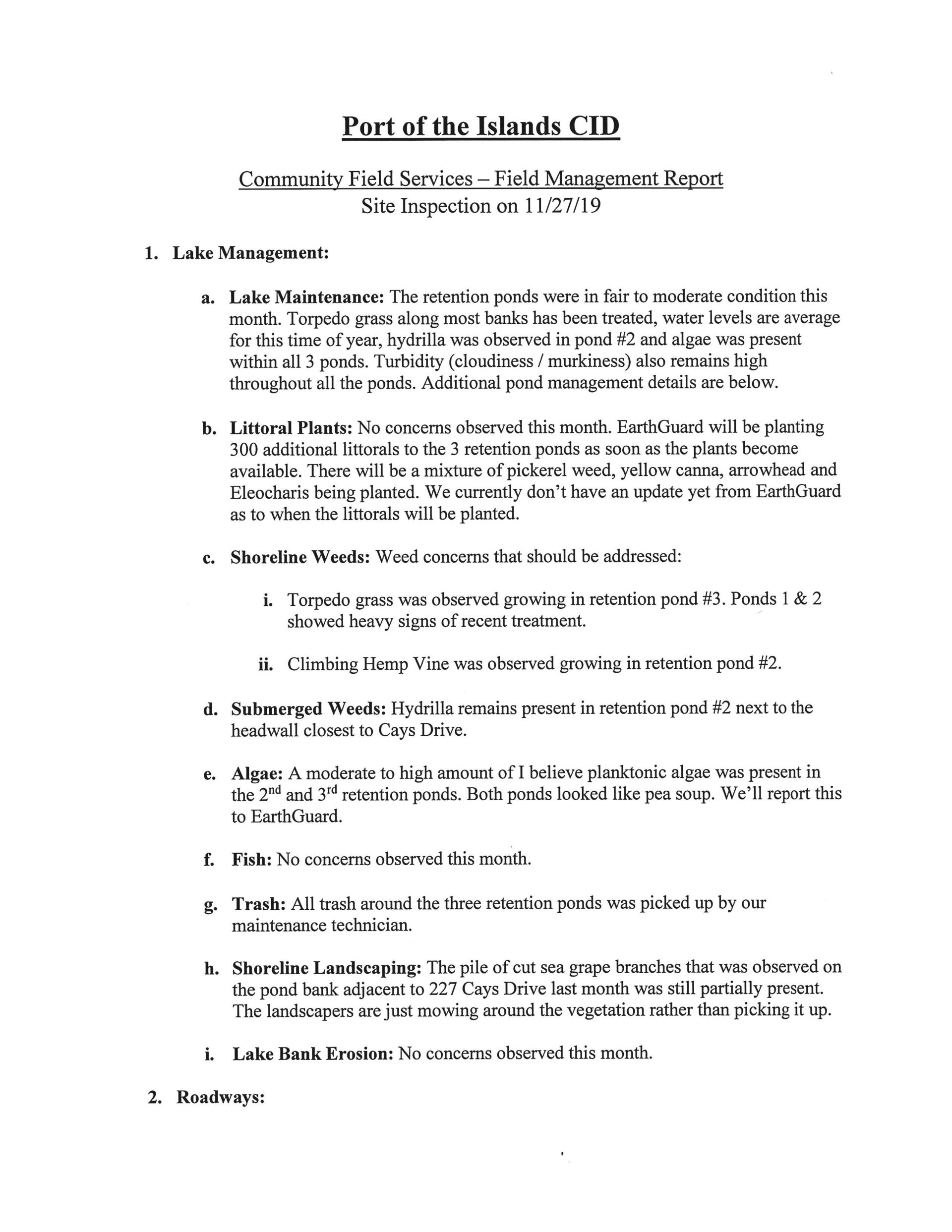 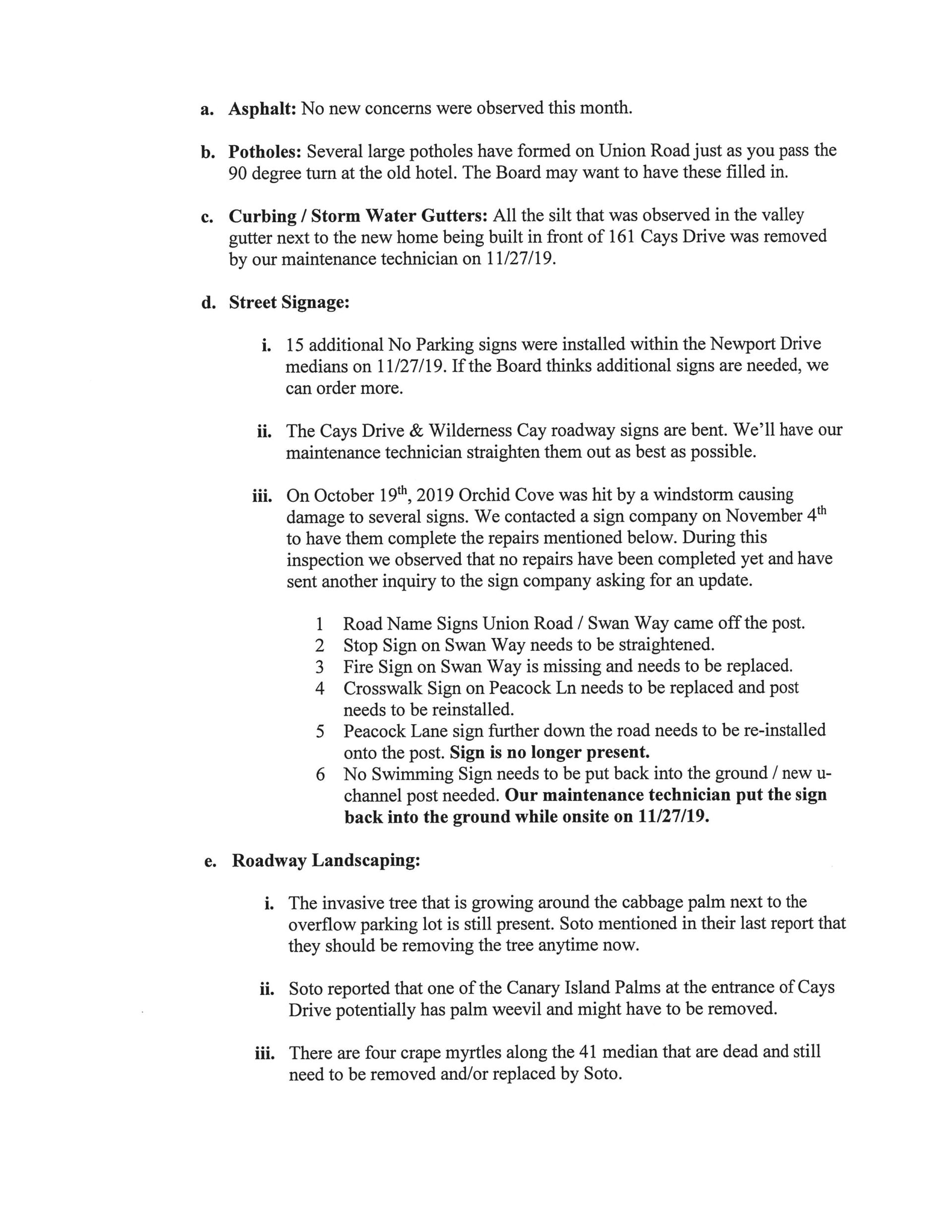 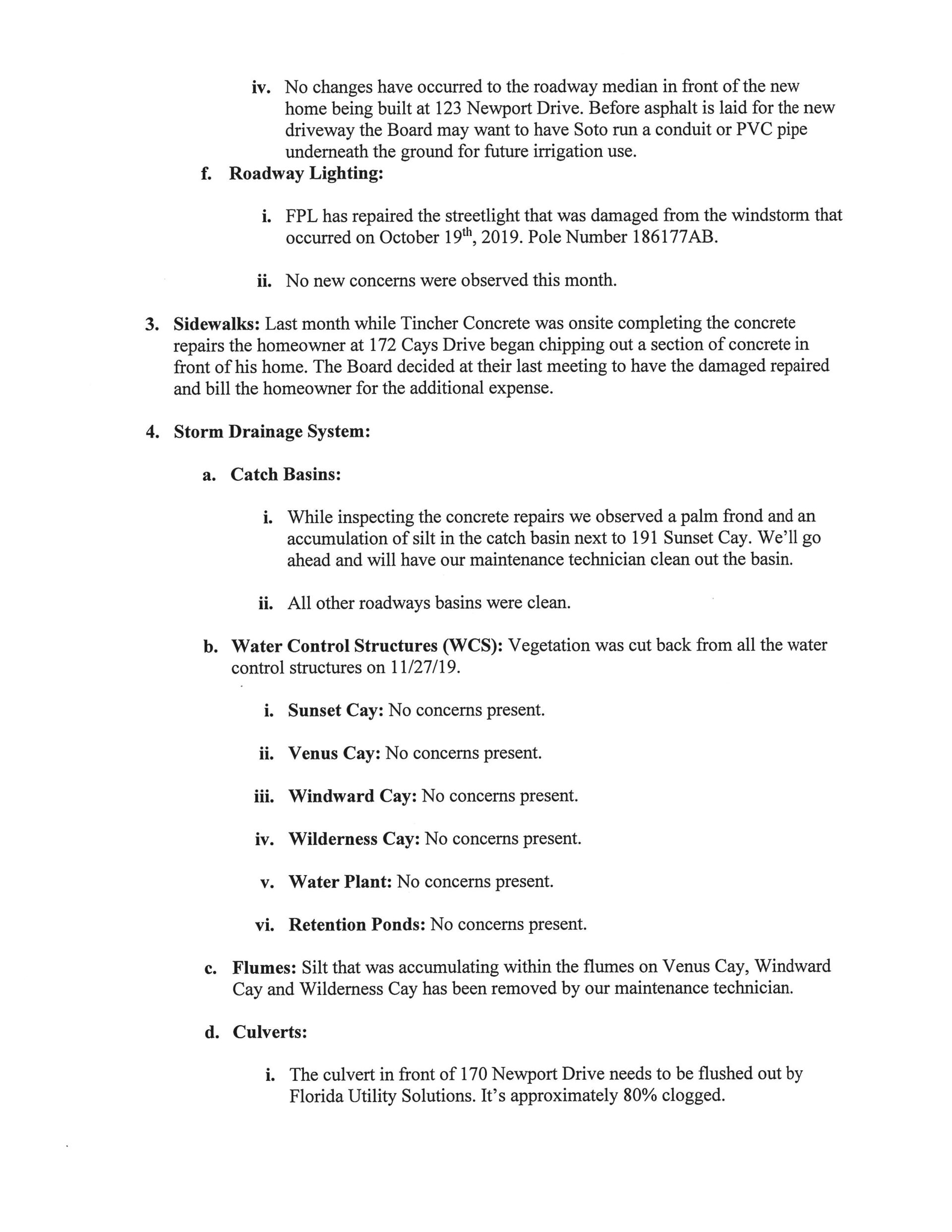 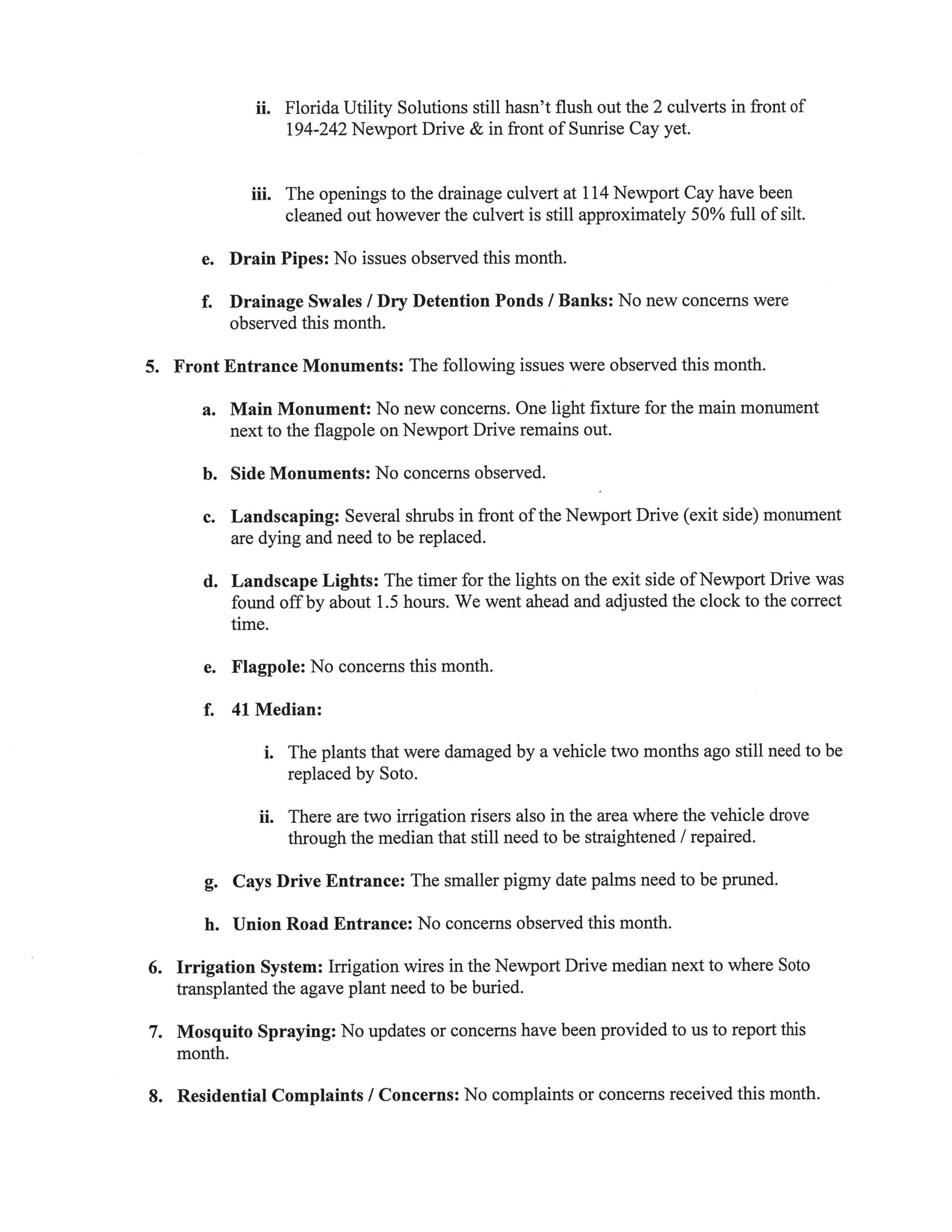 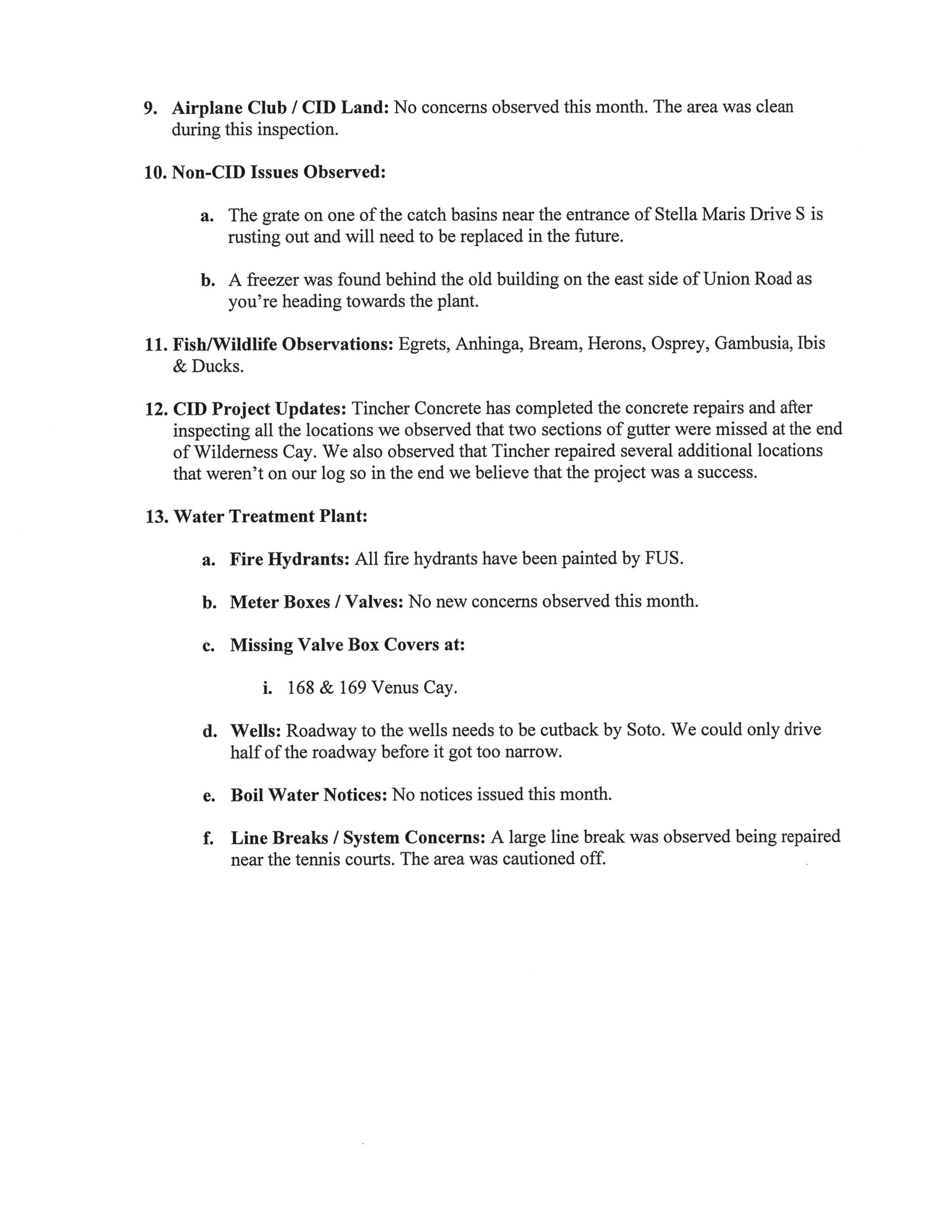